WELLINGTON, New Zealand - A new volcanic island has emerged from the ocean near Tonga in recent weeks, according to eyewitness reports from two vessels that traveled through what one called a vast field of floating pumice stone spewed by the same eruption. The crew of the Maiken, a yacht that sailed out of the northern Tongan islands group of Vava'u in August, reported on their Web log on Aug. 12, that they saw streaks of stone floating in the water before "we sailed into a vast, many miles wide, belt of densely packed pumice." They posted photos of huge "pumice rafts" that they encountered after passing Tonga's Late island while sailing toward Fiji.
"We were going by motor due to lack of wind and within seconds Maiken slowed down from seven to one knot (7.7 miles) to 3 kilometer (1.8 miles) an hour," a crewman only identified as Haken wrote. "We were so fascinated and busy taking pictures that we plowed a couple of hundred meters into this surreal floating stone field before we realized that we had to turn back," he wrote Next day, Haken noted, they saw an active volcano, sailed within two miles of it and clearly saw a volcanic island rising above a reef where previously just a few rocks appeared above the water at low tide. "One mile in diameter and with four peaks and a central crater smoking with steam and once in a while an outburst high in the sky with lava and ashes. I think we're the first ones out here," he reported. There was no official confirmation of the new island from either Tonga's Ministry of Lands or the Tonga Defense Service.
Siaosi Fenukitau, captain of a fishing boat of the Maritime Projects Co. (Tonga) Ltd., separately confirmed that they had sighted a new volcanic island near Home Reef, to the southwest of Vava'u. "It was bigger than Fotuha'a," he said, comparing it to a small limestone island with a population of 134 people, the Matangitonga news Web site reported. Mineral scientists are trying to learn more about the eruption and the pumice raft phenomenon.
Richard Wunderman, editor of the Washington-based Bulletin of the Global Volcanism Network, said that "a large pumice raft presumably from Tonga, has been sweeping across Fiji and we are trying to learn about its origins. Any photos or accounts are of great scientific value on this event" A previous eruption in the area generated another small island and similar fields of floating pumice, he said.
Pumice rafts from the Tonga area drifted to Fiji in 1979 and 1984 from submarine eruptions at Tonga's Metis Shoal and Home Reef, Matangitonga reported.
Some of the rafts were up to 19 miles wide, it said. 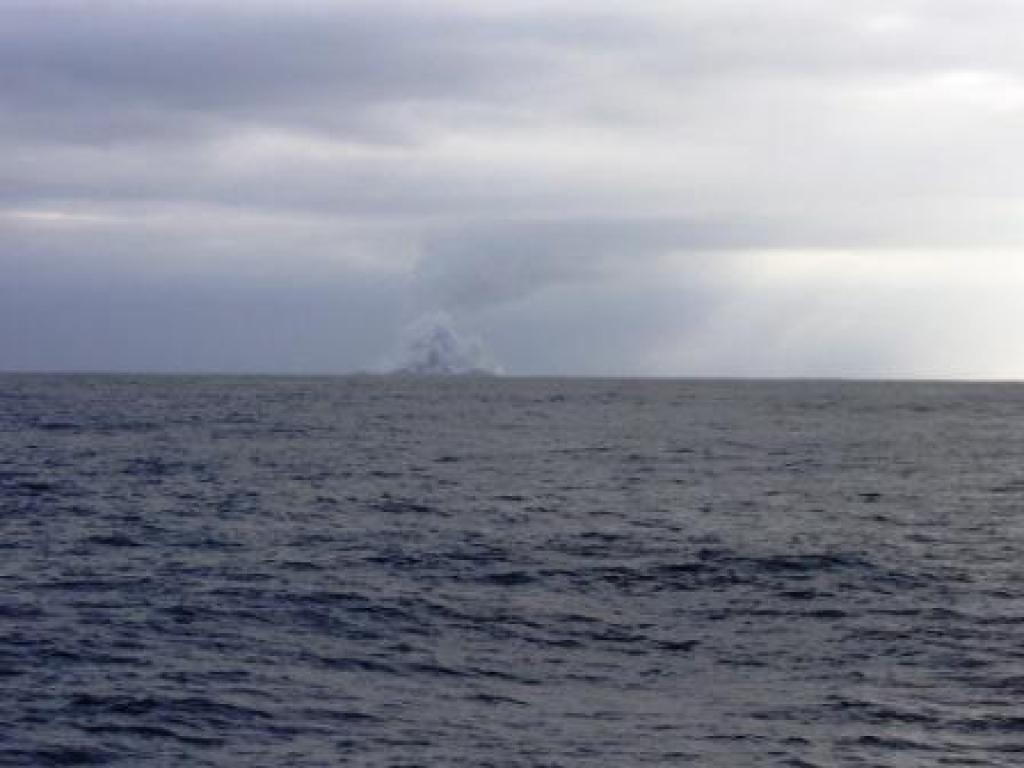